How LaunchNotes doubled their close rate

For modern SaaS businesses, regular product change is inevitable. The ability to quickly build and ship new versions of an app without requiring users to download and install upgrades is one of the main reasons software as a service has become the industry’s standard delivery model. It’s also why solutions like LaunchNotes, the #1 platform for product change communicators, exist, to help SaaS companies easily communicate product changes to relevant stakeholders and users in a personalized, automated, and secure way. But what happens when a change communication company realizes there’s a gap in one of their own communication workflows? They begin to question the status quo and seek out a better solution.

Like many SaaS startups, LaunchNotes was rapidly growing and adjusting to ever-changing market conditions. With a steadily increasing number of prospects in their sales pipeline, the volume of proposals going out the door was also climbing. However, LaunchNotes’ proposal process wasn’t built to scale, and the amount of overhead required to generate new proposals quickly became problematic.

LaunchNotes’ original proposal creation process consisted of creating documents in Google Sheets, exporting them as a PDF, and then uploading and sending them using HelloSign. Each proposal was a 3-step, manual process, in addition to a separate roll-out plan and questionnaire sent via Notion.

Overall, the process did not reflect the company’s reputation of consolidating tools and technology or streamlining communication processes. Additionally, the visual appeal of their sales materials left a lot to be desired in terms of impressing prospective buyers and building confidence in LaunchNotes’ capabilities. “We needed to find another solution. Then one day, I received a gorgeous proposal from another company we were evaluating — the proposal was on brand, personalized, really sleek, and super professional-looking,” recalled Jake Brereton, Co-founder and COO. “After a bit of digging, we found out they were using Qwilr, and I decided we needed to look into the product for ourselves,” he said.

Jake and his sales manager, Blake Ziolkowski, evaluated Qwilr and quickly signed up. “We’ve developed proposal templates, which helps us generate proposals incredibly fast now. But it’s not just about speed. The professional look and feel of each Qwilr template helps amplify us well beyond our size— plus, it just fits nicely in our tech stack,” Blake commented.

Moving from their previous multi-step, manual proposal creation, Qwilr has consolidated the entire process for LaunchNotes, from design and pricing to e-signatures and distribution. “We created a short version of our terms and included them in the quote pricing module. Then, when a customer e-signs, they’re accepting the price, terms, and package we’ve put together for them,” noted Blake. 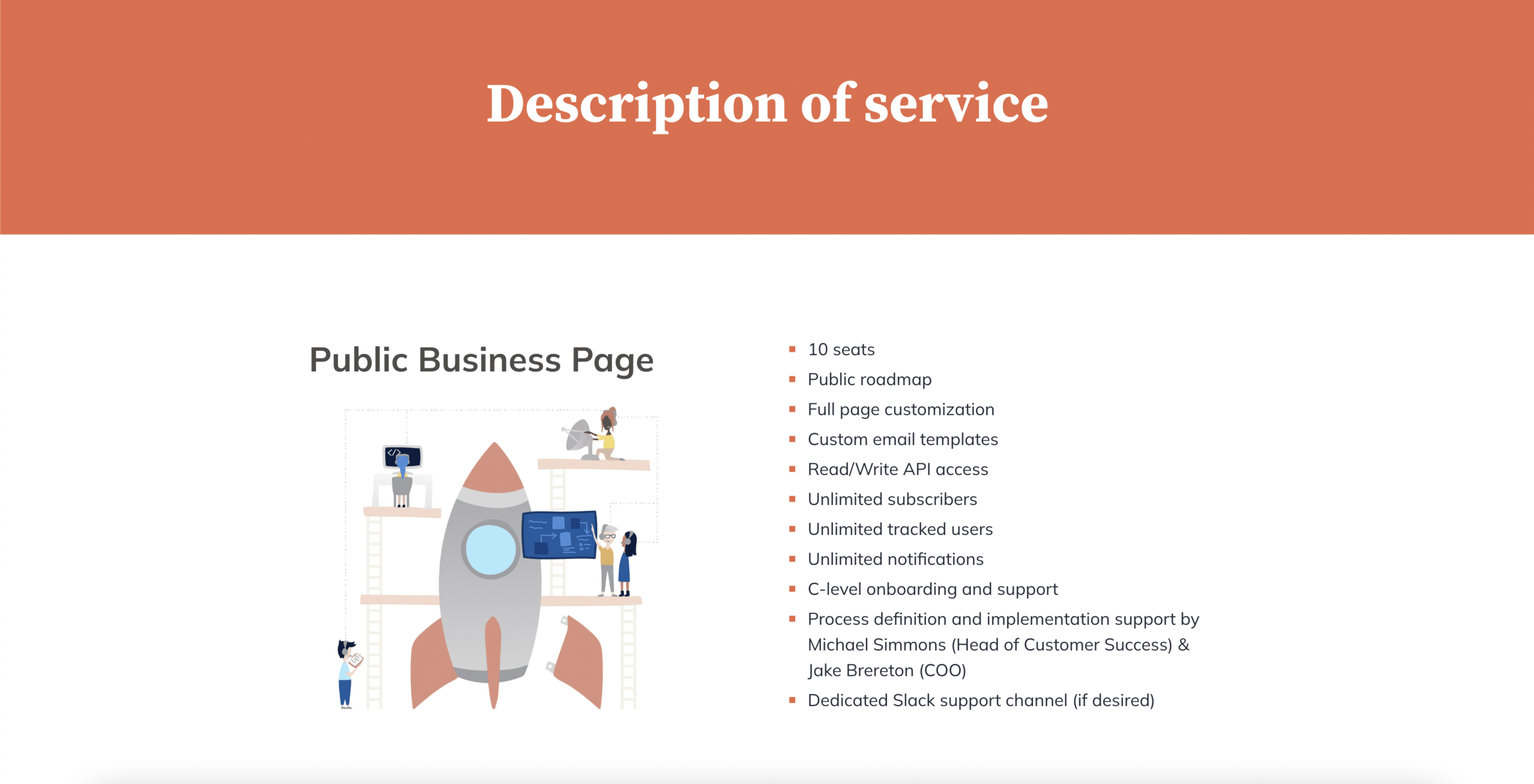 LaunchNotes’ adoption of Qwilr not only streamlined their sales process and increased proposal production, but ultimately impacted their outcomes.

Anyone familiar with sales knows there are a lot of black holes within the process. One of the first insights gained from Qwilr was having a real-time understanding of how a proposal was being consumed and circulated throughout a business, including the amount of time stakeholders were spending with it. “I can apply the learnings Qwilr provides to other sales reps to help them uplevel their skillset,” said Blake. “I’m constantly thinking about how I can improve the overall effectiveness of sales. With Qwilr, I can say ‘this person is positioning a quote this way, and that’s driving more engagement and better proposal acceptance.” 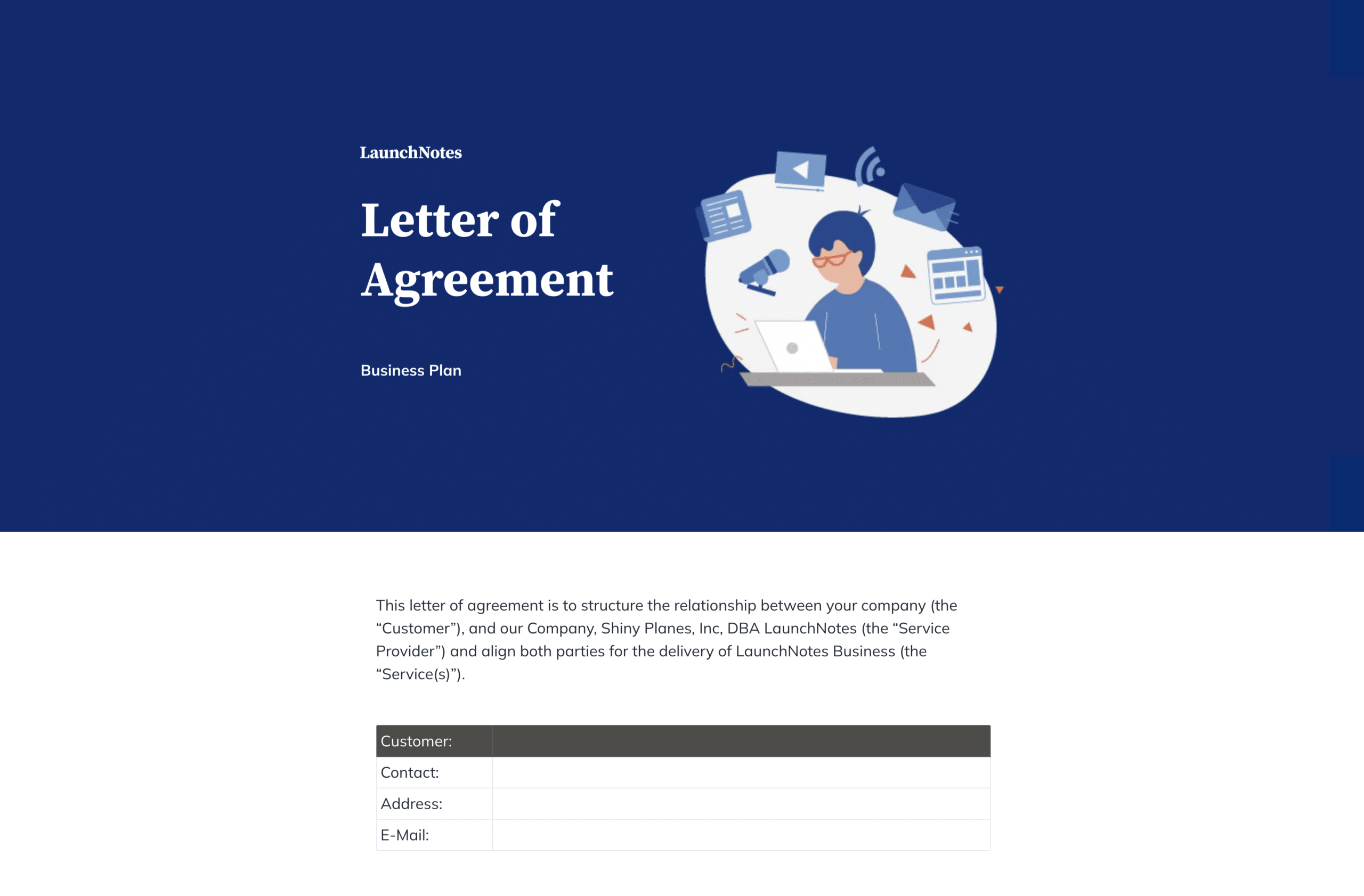 Qwilr also gave Blake visibility into each reps’ closed/won ratio. “I now know which reps are closing more deals so we can immediately replicate their success. The notifications when a deal is accepted are great, too,” he said. “Being able to quickly share a link in Slack so that Jake, our COO, can countersign means we get deals completed so much faster.”

A fast-paced business like LaunchNotes relies on e-signatures and considers them legally binding agreements. With Qwilr’s mobile-friendly platform and real-time alerts, Blake commented that deals could be signed anywhere. “Even Trader Joe’s,” he chuckled. “Jake recently countersigned a deal while he was standing in line at the store getting groceries. With Qwilr, we can be growing the business even while grocery shopping!” Blake said.

Version control and tracking PDFs were previously a nightmare for LaunchNotes. With Qwilr, version control is no longer an issue, as Blake and his team are using approved templates and know exactly where to find current materials in their template library. Blake’s biggest ‘a-ha’ moment with Qwilr was the evolving nature of these documents. “If we’re negotiating something, we can simply update the proposal, click save, and let the client know it’s been updated. We don’t have to cancel the previous proposal or resend anything. It’s the first time I’ve been able to tell a prospect that they can just refresh the link. It removes five steps in the sales process and makes it much easier for everyone,” said Blake.

“Without a doubt, we’ve doubled our close rate since using Qwilr,” said Jake.

Blake agreed, adding, “We’re seeing deals close a lot faster while also adding a level of professionalism and enjoying powerful insights. None of these things we were getting through the use of PDFs and e-signature software alone.”

For this change communication company, Qwilr is the positive change they were seeking— “and we’re never going back.”

To learn more about how Qwilr can save your team time, improve buyer engagement, and close deals faster, we invite you to book a call with our sales team.

Start a free trial or get a personalized product demo from the Qwilr sales team.